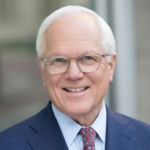 Why Is Joseph R. Swedish Influential?

According to Wikipedia, Joseph Robert Swedish is an American healthcare executive and leader. He is a former senior adviser to the board of directors at Anthem, Inc., a Fortune 29 company, and was the CEO of Anthem, Inc. from 2013 to 2017. For 12 years in a row Swedish was named Modern Healthcare’s one of the 100 Most Influential People in Healthcare.

Other Resources About Joseph R. Swedish

What Schools Are Affiliated With Joseph R. Swedish?

Joseph R. Swedish is affiliated with the following schools: