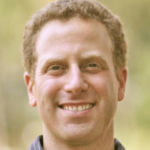 Why Is Josh Balk Influential?

According to Wikipedia, Josh Balk is the vice president of farm animal protection for The Humane Society of the United States farm animal division. In addition, he is a cofounder of JUST, a food technology company. Prior to working with HSUS and founding JUST, he was known for his work at Animal Outlook . Balk is best known for leading successful legislative campaigns for farm animals, along with his work with food companies in enacting animal welfare policies that include eliminating gestation crates for breeding pigs and battery cages for chickens. He is also known for his work with the food industry to shift its focus onto plant-based foods.

Other Resources About Josh Balk

What Schools Are Affiliated With Josh Balk?

Josh Balk is affiliated with the following schools: