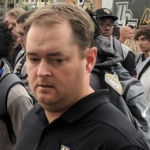 Why Is Josh Heupel Influential?

According to Wikipedia, Joshua Kenneth Heupel is an American football coach and former player. He is the head football coach at the University of Tennessee. Heupel was the architect of a unit that ranked in the FBS top 10 in points per game in each of his three seasons as the head coach at the University of Central Florida in 2020 , fifth in 2019 and sixth in 2018 . The Knights also ranked in the top five in the FBS in total offense per game in each of those three seasons—second in 2020 , second in 2019 and fourth in 2018 .

Other Resources About Josh Heupel

What Schools Are Affiliated With Josh Heupel?

Josh Heupel is affiliated with the following schools: