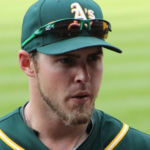 Why Is Josh Reddick Influential?

According to Wikipedia, William Joshua Reddick is an American former professional baseball outfielder. The Boston Red Sox selected Reddick in the 17th round of the 2006 MLB draft, and he made his major league debut in 2009. He also played in Major League Baseball for the Oakland Athletics, Los Angeles Dodgers, Houston Astros and Arizona Diamondbacks. Reddick won an American League Gold Glove Award in .

Other Resources About Josh Reddick

What Schools Are Affiliated With Josh Reddick?

Josh Reddick is affiliated with the following schools: