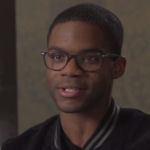 Why Is Jovan Adepo Influential?

According to Wikipedia, Jovan Adepo is a British-American actor. He is known for his role as Cory Maxson in the film adaptation of Fences , and he also starred in the 2018 film Overlord and as Lionel Jefferson in CBS' All in the Family/The Jeffersons special. Adepo was featured in the series When They See Us, the second season of Jack Ryan, and the Facebook series Sorry for Your Loss. He plays Michael Murphy in the HBO series The Leftovers and in 2019 appeared in Watchmen as Hooded Justice. For the latter, he was nominated for the Primetime Emmy Award for Outstanding Supporting Actor in a Limited Series or Movie. He also starred as Larry Underwood in the miniseries of Stephen King's The Stand.

Other Resources About Jovan Adepo

What Schools Are Affiliated With Jovan Adepo?

Jovan Adepo is affiliated with the following schools: