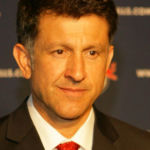 Why Is Juan Carlos Osorio Influential?

According to Wikipedia, Juan Carlos Osorio Arbeláez is a Colombian former professional footballer who played as a midfielder, and current manager of Categoría Primera A club América de Cali. Osorio began his playing career with Deportivo Pereira in 1982, and went on to play for Brazilian club Internacional in 1984 before returning to his native Colombia a year later, ultimately retiring in 1987 at the age of 26 due to injury.

Other Resources About Juan Carlos Osorio

What Schools Are Affiliated With Juan Carlos Osorio?

Juan Carlos Osorio is affiliated with the following schools: