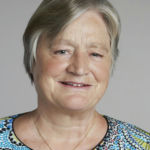 Why Is Julia Slingo Influential?

Dame Julia Mary Slingo is a Visiting Professor in the Department of Meteorology for the University of Reading, and the Chief Scientist at the Met Office, a position she has held since 2009. She earned a B.S. in physics from the University of Bristol and later, a Ph.D. Fresh out of school, she began working at the United Kingdom’s Meteorological Office, commonly known as the Met Office. She became a senior scientist in the dynamical meteorology department. At the University of Reading, Slingo was instrumental in the development of a group that focused on researching the hydrological tropical climates, and of particular interest, monsoon activity in India and China.

She served as the Director of Climate Research for NERC’s National Centre for Atmospheric Science and founded the Walker Institute for Climate System Research. She was appointed an Officer of the Order of the British Empire in 2008, and Dame Commander of the Order of the British Empire in 2014. She was the first female president of the Royal Meteorological Society and the first female professor of meteorology in all of the United Kingdom. In 2015, she was awarded the International Meteorological Organization Prize by the World Meteorological Organization.

According to Wikipedia, Dame Julia Mary Slingo is a British meteorologist and climate scientist. She was Chief Scientist at the Met Office from 2009 until 2016. She is also a Visiting Professor in the Department of Meteorology at the University of Reading, where she held, prior to appointment to the Met Office, the positions of Director of Climate Research in the Natural Environment Research Council National Centre for Atmospheric Science and founding Director of the Walker Institute for Climate System Research.

Other Resources About Julia Slingo

What Schools Are Affiliated With Julia Slingo?

Julia Slingo is affiliated with the following schools: