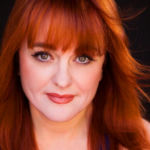 Why Is Julie Brown Influential?

According to Wikipedia, Julie Ann Brown is an American actress, comedian, screen/television writer, singer-songwriter, and television director. Brown is known for her work in the 1980s, where she often played a quintessential valley girl character. Much of her comedy has revolved around the mocking of famous people .

Other Resources About Julie Brown