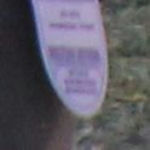 Why Is Jurrell Casey Influential?

According to Wikipedia, Jurrell Juel Casey is a former American football defensive lineman. He played college football at USC, and was drafted by the Tennessee Titans in the third round of the 2011 NFL Draft. In nine seasons with the Titans as both a defensive tackle and a defensive end, he was an All-Pro in 2013 and a five-time Pro Bowl selection from 2015-2019. He played his tenth and final professional season for the Denver Broncos.

Other Resources About Jurrell Casey

What Schools Are Affiliated With Jurrell Casey?

Jurrell Casey is affiliated with the following schools: