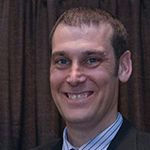 Why Is Justin Jacobs Influential?

According to Wikipedia, Justin Wayne Jacobs is an American statistician, currently serving as the Senior Basketball Researcher with the Orlando Magic. Jacobs is a former applied research mathematician at the National Security Agency, and an independent sports analytics researcher. Noted for his research into geolocation, geospatial statistics and spatio-temporal statistics, Jacobs was awarded a National Intelligence Medallion from the ODNI in January 2014 by the Director of National Intelligence as well as the Presidential Early Career Award for Science and Engineering in April 2014 by President Barack Obama.

Other Resources About Justin Jacobs

What Schools Are Affiliated With Justin Jacobs?

Justin Jacobs is affiliated with the following schools: