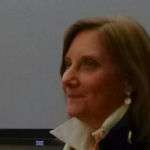 Why Is Karen Bausman Influential?

Areas of Specialization: Architecture
The only American woman to hold both distinguished design chairs, Karen Bausman has held the Eero Saarinen Chair at Yale University’s School of Architecture and the Eliot Noyes Chair at the Graduate School of Design at Harvard University. She is also currently Adjunct Associate Professor at Pratt Institute and principal of Karen Bausman & Associates, and a Fellow of the American Academy in Rome. She earned a professional degree in architecture from the Cooper Union for the Advancement of Science and Art, which later awarded her their President’s Citation for Outstanding Contributions to the field of Architecture.

Bausman is a former faculty member from Columbia University’s School of Architecture’s Advanced Architectural Design Studio, which was instrumental in the development of cutting edge techniques in digital visualization, composition and materials. With a keen interest in the use of biological or natural structures, she has designed such compelling structures as the Hamlin Chapel and Library and Flower Tower.

She was awarded the Rome Prize by the American Academy in 1994 and the Progressive Architecture Award for Design Excellence in 1998. In 2005, she was profiled in The New York Times after winning a multiyear contract to bring new vision to architectural design efforts throughout New York City. She provided commentary for the Emmy-Award winning PBS television program, Secrets in the Sky: The Towers of Gotham.

According to Wikipedia, Karen Bausman is an American architect. Educated at The Cooper Union for the Advancement of Science and Art, from which she graduated in 1982, Bausman has since held the Eliot Noyes Chair at the Graduate School of Design, Harvard University, and the Eero Saarinen Chair at Yale School of Architecture, Yale University, the only American woman to hold both design chairs. She is principal of Karen Bausman + Associates, an architecture firm founded in 1995 and located in New York City.

Other Resources About Karen Bausman

What Schools Are Affiliated With Karen Bausman?

Karen Bausman is affiliated with the following schools: