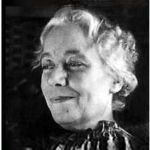 What Are Karen Horney's Academic Contributions?