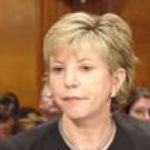 Why Is Karen Ignagni Influential?

According to Wikipedia, Karen Ignagni is the President and Chief Executive Officer of EmblemHealth as of 9/1/2015, until which time she was the President and Chief Executive Officer of America's Health Insurance Plans , formerly HIAA . She is often mentioned as one of the most effective lobbyists and the most powerful people in healthcare. She is involved in health care reform in the United States, working to benefit health insurance companies.

Other Resources About Karen Ignagni

What Schools Are Affiliated With Karen Ignagni?

Karen Ignagni is affiliated with the following schools: