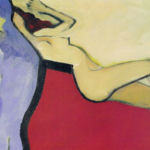 Why Is Karl Kasten Influential?

According to Wikipedia, Karl Albert Kasten was a painter-printmaker-educator in the San Francisco Bay Area.Early life Kasten, fourth child of Ferdinand Kasten and his wife Barbara Anna Kasten, grew up in San Francisco's Richmond District. He was a student of art from an early age and regularly competed with his older brother Fred in battleship drawing contests. Fred eventually gave up but Karl continued. At times, Kasten's art seemingly got in the way of his schoolwork and his sixth grade teacher was driven to send a note home: "Dear Mr. Kasten, Do something about your son. All he wants to do is draw. He's not paying attention in school" Fortunately, his father sent a note back to the teacher: "Let him draw." The same year, with financial help from his older brother Fred, Karl furthered his artistic advancement at the California School of Fine Arts and his explorations of art continued from there. Following his graduation from San Francisco Polytechnic High School, Kasten pursued an education in fine art.

Other Resources About Karl Kasten

What Schools Are Affiliated With Karl Kasten?

Karl Kasten is affiliated with the following schools: