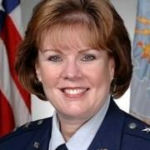 Why Is Kathleen E. Fick Influential?

According to Wikipedia, Kathleen Dodson Fick is a retired United States Air Force major general. Career Kathleen Dodson Fick joined the United States Air Force in October 1976 and was initially assigned to Lackland AFB as a BMTS training officer. From 1978-1980, she was stationed at Spangdahlem AB in West Germany as the HQ Squadron Section Commander and the DoD Schools Officer. She was then assigned to the 4th Tactical Fighter Wing at Seymour-Johnson AFB NC where she initially served as the 4th Civil Engineering Squadron Section Commander and then moved on to become the 4th TFW Headquarters Squadron Section Commander. In 1981, Dodson Fick transferred to the Missouri Air National Guard where she was assigned to the 131st Tactical Fighter Wing as an intelligence officer.

Other Resources About Kathleen E. Fick

What Schools Are Affiliated With Kathleen E. Fick?

Kathleen E. Fick is affiliated with the following schools: