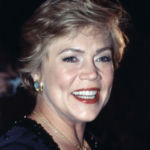 Why Is Kathleen Turner Influential?

According to Wikipedia, Mary Kathleen Turner is an American actress. Known for her distinctive, gritty voice, Turner has won two Golden Globe Awards and has been nominated for an Academy Award, and two Tony Awards. Turner rose to fame during the 1980s, after roles in Body Heat , The Man with Two Brains , Crimes of Passion , Romancing the Stone , and Prizzi's Honor , the last two earning her a Golden Globe Award for Best Actress – Motion Picture Musical or Comedy. In the later 1980s and early 1990s, Turner had roles in The Accidental Tourist , The War of the Roses , Serial Mom , and Peggy Sue Got Married , for which she was nominated for the Academy Award for Best Actress.

Other Resources About Kathleen Turner

What Schools Are Affiliated With Kathleen Turner?

Kathleen Turner is affiliated with the following schools: