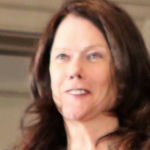 Why Is Kathleen Zellner Influential?

According to Wikipedia, Kathleen Zellner is an American attorney who has worked extensively in wrongful conviction advocacy. Notable clients Zellner has represented include Steven Avery , Kevin Fox , Ryan W. Ferguson, Larry Eyler, and 19 exonerees who are listed in the National Registry of Exonerations. She is currently representing Johnny Depp in his defamation trial against ex-wife Amber Heard.

Other Resources About Kathleen Zellner

What Schools Are Affiliated With Kathleen Zellner?

Kathleen Zellner is affiliated with the following schools: