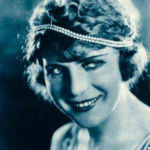 Why Is Kathlyn Williams Influential?

According to Wikipedia, Kathlyn Williams was an American actress, known for her blonde beauty and daring antics, who performed on stage as well as in early silent film. She began her career onstage in her hometown of Butte, Montana, where she was sponsored by local copper magnate William A. Clark to study acting in New York City. She later appeared in numerous films between 1910 and 1932 before retiring from acting. Williams died of a heart attack in Los Angeles at age 81.

Other Resources About Kathlyn Williams

What Schools Are Affiliated With Kathlyn Williams?

Kathlyn Williams is affiliated with the following schools: