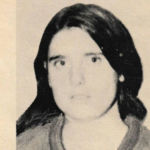 Why Is Kathy Boudin Influential?

According to Wikipedia, Kathy Boudin was an American leftist activist who served 23 years in prison for felony murder based on her role in the 1981 Brink's robbery. The robbery resulted in the killing of two Nyack, New York, police officers and one security guard, and serious injury to another security guard. Boudin was a founding member of the militant Weather Underground organization, which engaged in bombings of government buildings to express opposition to U.S. foreign policy and racism. She was released on parole in 2003 and after earning a doctorate became an adjunct professor at Columbia University.

Other Resources About Kathy Boudin

What Schools Are Affiliated With Kathy Boudin?

Kathy Boudin is affiliated with the following schools: