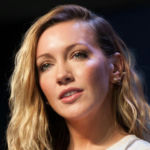 Why Is Katie Cassidy Influential?

According to Wikipedia, Katherine Evelyn Anita Cassidy is an American actress. Following several minor television roles, she came to attention as a scream queen after starring in the horror films When a Stranger Calls , as Kelli Presley in Black Christmas and as Ruby in the third season of the horror series Supernatural . Following a supporting role in the action film Taken , Cassidy played leading roles in the mystery horror series Harper's Island and the remake of the drama series Melrose Place . She starred as Kris Fowles in the slasher film remake A Nightmare on Elm Street and had a recurring role as Juliet Sharp during the fourth season of the teen drama Gossip Girl .

Other Resources About Katie Cassidy