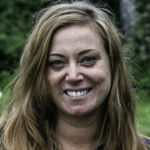 Why Is Katie Meyler Influential?

According to Wikipedia, Katie Ann Meyler is an American activist who is the founder of the More Than Me Foundation, an organization that works to educate young women in Liberia in the midst of the West African Ebola virus epidemic. She has been recognized as one of the Ebola fighters chosen as the 2014 Time Person of the Year and won at the 2015 Shorty Awards for Best Activist. However, she has received criticism for failing to protect the young women in her care from sexual abuse by a staff member, an accusation which was extensively researched and reported on in 2018 by Time Magazine and ProPublica. Meyler resigned from the organization as a result of the investigation.

Other Resources About Katie Meyler

What Schools Are Affiliated With Katie Meyler?

Katie Meyler is affiliated with the following schools: