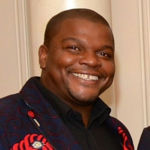 Why Is Kehinde Wiley Influential?

According to Wikipedia, Kehinde Wiley is an African-American portrait painter based in New York City, who is known for his highly naturalistic paintings of Black people, frequently referencing the work of Old Master paintings. He was commissioned in 2017 to paint a portrait of former President Barack Obama for the Smithsonian National Portrait Gallery, which has portraits of all previous American presidents. The Columbus Museum of Art, which hosted an exhibition of his work in 2007, describes his work as follows: "Wiley has gained recent acclaim for his heroic portraits which address the image and status of young African-American men in contemporary culture."

Other Resources About Kehinde Wiley

What Schools Are Affiliated With Kehinde Wiley?

Kehinde Wiley is affiliated with the following schools: