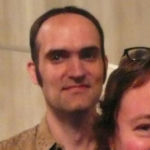 Why Is Kelly Link Influential?

According to Wikipedia, Kelly Link is an American editor and author of short stories. While some of her fiction falls more clearly within genre categories, many of her stories might be described as slipstream or magic realism: a combination of science fiction, fantasy, horror, mystery, and realism. Among other honors, she has won a Hugo award, three Nebula awards, and a World Fantasy Award for her fiction, and she was one of the recipients of the 2018 MacArthur "Genius" Grant.

Other Resources About Kelly Link

What Schools Are Affiliated With Kelly Link?

Kelly Link is affiliated with the following schools:

What Are Kelly Link's Academic Contributions?

Kelly Link has made the following academic contributions: