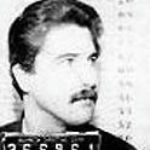 Why Is Kenneth Bianchi Influential?

According to Wikipedia, Kenneth Alessio Bianchi is an American serial killer, kidnapper, and rapist. He is known for the 1977-79 Hillside Strangler murders committed with his cousin Angelo Buono Jr., as well as for murdering two more women in Washington by himself. Bianchi is currently serving a sentence of life imprisonment in Washington State Penitentiary for these crimes.

Other Resources About Kenneth Bianchi

What Schools Are Affiliated With Kenneth Bianchi?

Kenneth Bianchi is affiliated with the following schools: