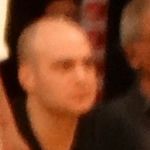 Why Is Kenneth Faried Influential?

According to Wikipedia, Kenneth Bernard Faried Lewis is an American professional basketball player for the Grand Rapids Gold of the NBA G League. Known as "The Manimal" due to his hustle on the court, he attended Morehead State University for four years, twice being named the Ohio Valley Conference Player of the Year. He finished his collegiate career as the NCAA all-time leading rebounder in the post-1973 era with 1,673 rebounds. He was selected 22nd overall in the 2011 NBA draft by the Denver Nuggets.

Other Resources About Kenneth Faried

What Schools Are Affiliated With Kenneth Faried?

Kenneth Faried is affiliated with the following schools: