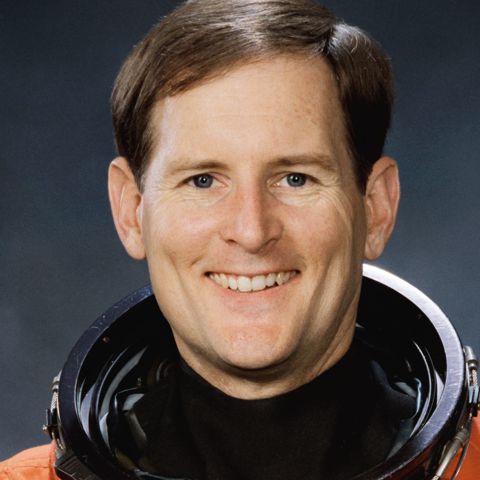 Kenneth Stanley Reightler Jr. is a former NASA astronaut.Early life and education Reightler was born March 24, 1951, in Patuxent River, Maryland, but considers Virginia Beach, Virginia, to be his hometown. Married to the former Maureen Ellen McHenry, a psychotherapist; they have two daughters. He enjoys sailing, especially racing Chesapeake Bay Log Canoes, reading, music, hiking, and travel. His father, Mr. Kenneth S. Reightler Sr., and mother, Evelyn, are deceased. Maureen's mother, Mrs. Jean W. McHenry, and her father, Commander William H. McHenry , are deceased. He graduated from Bayside High School, Virginia Beach, in 1969, and received a Bachelor of Science degree in Aerospace Engineering from United States Naval Academy in 1973. He received Master of Science degrees in 1984, in Aeronautical Engineering from the U.S. Naval Postgraduate School and in Systems Management from University of Southern California.