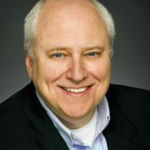 Why Is Kevin Burns Influential?

According to Wikipedia, Kevin Burns , was an American television and film producer, director, and screenwriter. His work can be seen on , National Geographic Channel, E!, Animal Planet, AMC, Bravo, WE tv, Travel Channel, Lifetime, and The History Channel. Burns created and executive-produced more than 800 hours of television programming.

Other Resources About Kevin Burns

What Schools Are Affiliated With Kevin Burns?

Kevin Burns is affiliated with the following schools: