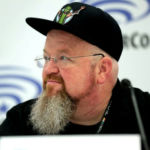 Why Is Kevin Hearne Influential?

According to Wikipedia, Kevin Hearne is an American urban fantasy novelist born and raised in Arizona. Hearne is the author of nine novels published by Del Rey in the fantasy book series The Iron Druid Chronicles, plus the 2015 Star Wars novel Heir to the Jedi. His novel Tricked made the New York Times Best Seller list. His novel Shattered was his first work released in hardcover and was on the USA Today best sellers list.

Other Resources About Kevin Hearne

What Schools Are Affiliated With Kevin Hearne?

Kevin Hearne is affiliated with the following schools:

What Are Kevin Hearne's Academic Contributions?

Kevin Hearne has made the following academic contributions: