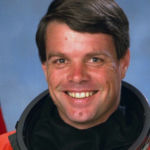 Why Is Kevin R. Kregel Influential?

According to Wikipedia, Kevin Richard Kregel is an American former astronaut, and former member of the Space Launch Initiative Project at the Lyndon B. Johnson Space Center. Personal data Born on September 16, 1956, Kregel grew up in Amityville, New York. He was active in the Boy Scouts of America, where he achieved its second highest rank, Life Scout. Kregel is currently married to Jeanne F. Kammer of Farmingdale, New York, with whom he has four children. His parents, Alfred H. Kregel Jr., and Frances T. Kregel, are deceased.

Other Resources About Kevin R. Kregel

What Schools Are Affiliated With Kevin R. Kregel?

Kevin R. Kregel is affiliated with the following schools: