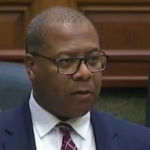 Why Is Kevin Yarde Influential?

According to Wikipedia, Kevin Yarde is a Canadian politician and former television meteorologist, who was elected to the Legislative Assembly of Ontario in the 2018 provincial election. He represents the riding of Brampton North as a member of the Ontario New Democratic Party.

Other Resources About Kevin Yarde

What Schools Are Affiliated With Kevin Yarde?

Kevin Yarde is affiliated with the following schools: