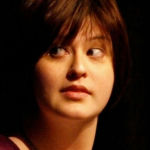 Why Is Kim Swift Influential?

According to Wikipedia, Kim Swift is an American-born video game designer who has helped create notable games such as Portal, Left4Dead, and Star Wars Battlefront. Life and Career Kim graduated from DigiPen in 2005 and was promptly hired by the video game design company Valve after she and her team at DigiPen presented Valve with a game called Narbacular Drop. With the base game Narbacular Drop, Kim was appointed as team leader and level designer for the "Portal" project.

Other Resources About Kim Swift

What Schools Are Affiliated With Kim Swift?

Kim Swift is affiliated with the following schools: