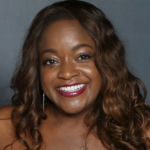 Why Is Kimberly Brooks Influential?

According to Wikipedia, Kimberly D. Brooks is an American voice actress who works in the voice-over, film, video games, and theatre industry. She has voiced in video games since the mid-1990s. She has played Ashley Williams in the Mass Effect series, Stormy in the Nickelodeon revival of Winx Club, Buena Girl from ¡Mucha Lucha!, Barbara Gordon in the Batman: Arkham video game series, Shinobu Jacobs in No More Heroes and No More Heroes 2: Desperate Struggle, Princess Allura from Voltron: Legendary Defender, Mee Mee in Dexter's Laboratory, Jasper in Steven Universe, Luna in the Scooby-Doo franchise as part of the Hex Girls, and Robin Ayou in Subnautica: Below Zero. Brooks won a BAFTA Award for Performer in a Supporting Role at the 18th British Academy Games Awards for her work in Psychonauts 2.

Other Resources About Kimberly Brooks

What Schools Are Affiliated With Kimberly Brooks?

Kimberly Brooks is affiliated with the following schools: