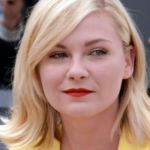 Why Is Kirsten Dunst Influential?

According to Wikipedia, Kirsten Caroline Dunst is an American actress. She has received various accolades, including a Cannes Film Festival Award for Best Actress, in addition to nominations for an Academy Award, a Primetime Emmy Award, and four Golden Globe Awards. She made her acting debut in the short Oedipus Wrecks directed by Woody Allen in the anthology film New York Stories . She then gained recognition for her role as child vampiress Claudia in the horror film Interview with the Vampire , which earned her a Golden Globe nomination for Best Supporting Actress. She also had roles in her youth in Little Women and the fantasy films Jumanji and Small Soldiers .

Other Resources About Kirsten Dunst