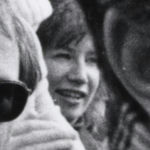 Why Is Kitty Dukakis Influential?

According to Wikipedia, Katharine "Kitty" Dukakis is an American author. She is the wife of former Massachusetts governor MIchael Dukakis. Life and career Dukakis was born Katharine Virginia Dickson in Cambridge, Massachusetts, the daughter of Jane and Harry Ellis Dickson. Her paternal grandparents were Russian Jews; her mother was born to an Irish Catholic father and a Hungarian Jewish mother, and had been adopted by a family of German Jewish descent. Her' father was a member of the first violin section of the Boston Symphony Orchestra for 49 years and also served as Associate Conductor of the Boston Pops Orchestra.

Other Resources About Kitty Dukakis

What Schools Are Affiliated With Kitty Dukakis?

Kitty Dukakis is affiliated with the following schools: