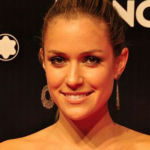 Why Is Kristin Cavallari Influential?

According to Wikipedia, Kristin Elizabeth Cavallari is an American television personality, reality TV star, fashion entrepreneur, jewelry designer, and best-selling author. She first rose to fame in 2004 as a cast member on the popular MTV reality television series Laguna Beach: The Real Orange County , then on the spin-off MTV reality television series The Hills , and was later given her own E! reality series to star in, Very Cavallari . She also starred as an actress on television shows and in films, including National Lampoon's Van Wilder: Freshman Year. In 2017, Cavallari founded the successful company Uncommon James, which sells jewelry, homeware, skincare, and beauty products.

Other Resources About Kristin Cavallari

What Schools Are Affiliated With Kristin Cavallari?

Kristin Cavallari is affiliated with the following schools: