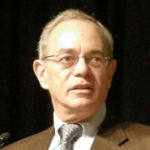 Why Is Leo Rafael Reif Influential?

While teaching at MIT, he conducted research on the development of microelectronics fabrication methods that reduced economic impacts and 3D integrated circuit technologies. He is a pioneer in the field of micro and nanotechnologies and holds or shares more than a dozen patents.

After years of teaching, he became provost at MIT. In this new role, he led the institution’s foray into online learning, developing massive open online courses (MOOCS). His work eventually led to edX, a collaborative effort between MIT and Harvard University that has had 24 million unique students take free online courses. His work on MIT’s online courses earned him a Tribeca Disruptive Innovation Award, and he has been named among the most influential individuals of Hispanic heritage working in the technology field.

He also created MIT’s Stephen A. Schwarzman College of Computing, which is a research environment that studies artificial intelligence through an ethical and philosophical lens. He is a fellow of the Institute for Electrical and Electronic Engineers and a member of the Electrochemical Society.

According to Wikipedia, Leo Rafael Reif is a Venezuelan-American electrical engineer, writer and academic administrator. He is the president of the Massachusetts Institute of Technology, succeeding Susan Hockfield on July 2, 2012. On February 10, 2022, Reif announced he will resign at the end of 2022 after more than a decade leading MIT. Reif previously served as the Institute's provost, as the head of MIT's Department of Electrical Engineering and Computer Science and as the director of the MIT Microsystems Technology Laboratories. Reif sits on the boards of the World Economic Forum, the Carnegie Endowment, the Council on Foreign Relations, the Broad Institute, etc.

Other Resources About Leo Rafael Reif

What Schools Are Affiliated With Leo Rafael Reif?

Leo Rafael Reif is affiliated with the following schools: