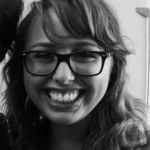 Why Is Laci Green Influential?

According to Wikipedia, Laci Green is an American YouTuber. Her content focuses on sex education; Green also hosted Braless, the first MTV YouTube channel, as part of a 12-week deal with MTV. The first episode aired November 4, 2014. In 2016, Time named her one of the 30 most influential people on the Internet. In 2017, she celebrated her tenth anniversary on YouTube.

Other Resources About Laci Green

What Schools Are Affiliated With Laci Green?

Laci Green is affiliated with the following schools: