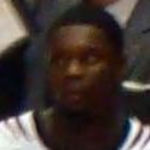 Why Is Lance Stephenson Influential?

According to Wikipedia, Lance Stephenson Jr. is an American professional basketball player for the Indiana Pacers of the National Basketball Association . He attended Lincoln High School in the Coney Island section of Brooklyn, where he was named Mr. New York Basketball after his senior year and appeared in the 2009 McDonald's All-American Game. He later played college basketball for the Cincinnati Bearcats and was selected in the second round of the 2010 NBA draft by the Indiana Pacers.

Other Resources About Lance Stephenson

What Schools Are Affiliated With Lance Stephenson?

Lance Stephenson is affiliated with the following schools: