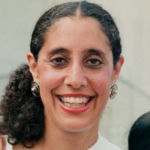 Why Is Lani Guinier Influential?

According to Wikipedia, Carol Lani Guinier was an American educator, legal scholar, and civil rights theorist. She was the Bennett Boskey Professor of Law at Harvard Law School, and the first woman of color appointed to a tenured professorship there. Before coming to Harvard in 1998, Guinier taught at the University of Pennsylvania Law School for ten years. Her scholarship covered the professional responsibilities of public lawyers, the relationship between democracy and the law, the role of race and gender in the political process, college admissions, and affirmative action. In 1993 President Bill Clinton nominated Guinier to be United States Assistant Attorney General for Civil Rights, but withdrew the nomination.

Other Resources About Lani Guinier

What Schools Are Affiliated With Lani Guinier?

Lani Guinier is affiliated with the following schools: