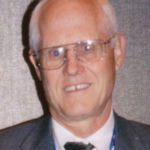 Why Is Larry E. Overman Influential?

Larry E. Overman is the Distinguished Professor of Chemistry at the University of California at Irvine. He earned a B.A. from Earlham College and a Ph.D. in chemistry from the University of Wisconsin at Madison.

Best known for his Claisen rearrangement of allylic alcohols in order to give allylic trichloroacetamides, known as the Overman rearrangement, Overman has focused on the discovery and development of new chemical reactions. His early work at the comparatively small laboratory at the University of California at Irvine sparked a lifetime love for rearrangement reactions, an interest that has yielded valuable data and strategies for studying catalysis of palladium.

Overman is a member of the American Academy of Arts and Sciences and the United States National Academy of Sciences. He has a number of scientific works to his credit, including “Molecular Rearrangements in the Construction of Complex Molecules”, and “Thermal and mercuric ion catalyzed [3,3]-sigmatropic rearrangement of allylic trichloroacetimidates. 1,3 Transposition of alcohol and amine functions”.

In 2008, Overman was honored with the Tetrahedron Prize for Creativity in Organic Chemistry and in 2015, he was awarded the Ryoji Noyori Prize. He has also been recognized as an Alfred P. Sloan Foundation Fellow (1975-1977) and a Guggenheim Fellow (1993).

According to Wikipedia, Larry E. Overman is Distinguished Professor of Chemistry at the University of California, Irvine. He was born in Chicago in 1943. Overman obtained a B.A. degree from Earlham College in 1965, and he completed his Ph.D. in chemistry from the University of Wisconsin–Madison in 1969, under Howard Whitlock Jr. Professor Overman is a member of the United States National Academy of Sciences and the American Academy of Arts and Sciences. He was the recipient of the Arthur C. Cope Award in 2003, and he was awarded the Tetrahedron Prize for Creativity in Organic Chemistry for 2008.

Other Resources About Larry E. Overman

What Schools Are Affiliated With Larry E. Overman?

Larry E. Overman is affiliated with the following schools: