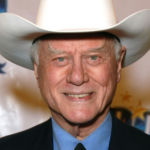 Why Is Larry Hagman Influential?

According to Wikipedia, Larry Martin Hagman was an American film and television actor, director, and producer, best known for playing ruthless oil baron J. R. Ewing in the 1978–1991 primetime television soap opera Dallas and the befuddled astronaut Major Anthony Nelson in the 1965–1970 sitcom I Dream of Jeannie. Hagman had supporting roles in numerous films, including Fail-Safe, Harry and Tonto, S.O.B., Nixon, and Primary Colors. His television appearances also included guest roles on dozens of shows spanning from the late 1950s until his death, and a reprise of his signature role on the 2012 revival of Dallas. Hagman also worked as a television producer and director. He was the son of actress Mary Martin. Hagman underwent a life-saving liver transplant in 1995. He died on November 23, 2012, from complications of acute myeloid leukemia.

Other Resources About Larry Hagman

What Schools Are Affiliated With Larry Hagman?

Larry Hagman is affiliated with the following schools: