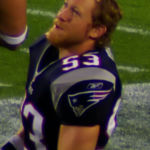 Why Is Larry Izzo Influential?

According to Wikipedia, Lawrence Alexander Izzo is a former American football linebacker and special teamer and is currently the special teams coordinator for the Seattle Seahawks of the National Football League . He was signed by the Miami Dolphins as an undrafted free agent in 1996. He played college football at Rice. A three-time Pro Bowl selection and three-time All-Pro selection, Izzo has also played for the New England Patriots. He won three Super Bowls during his time with the Patriots and one as an assistant special teams coordinator for the New York Giants.

Other Resources About Larry Izzo

What Schools Are Affiliated With Larry Izzo?

Larry Izzo is affiliated with the following schools: