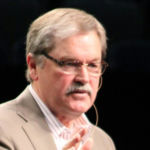 Why Is Larry M. James Influential?

According to Wikipedia, Larry M. James is an American social worker and the current President and CEO of CitySquare located in Dallas, Texas. Life James was born in Spokane, Washington and grew up in Richardson, Texas, where his father served as the city secretary. He served in a New Orleans Church of Christ ministry while attending New Orleans Baptist Theological Seminary before returning to the Dallas area. He served as the senior minister for the Richardson East Church of Christ in Richardson, Texas for 14 years. James took leadership of CitySquare in 1994, while it was still known as Central Dallas Ministries.

Other Resources About Larry M. James

What Schools Are Affiliated With Larry M. James?

Larry M. James is affiliated with the following schools: