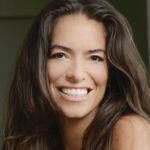 Why Is Laura Wasser Influential?

According to Wikipedia, Laura Allison Wasser is an American attorney specializing in divorce and well-known for her celebrity clients. Early life and education Laura Allison Wasser was born in Los Angeles on May 23, 1968. Her father is prominent divorce attorney Dennis Wasser, and her mother was Bunny Wasser. Wasser graduated from Beverly Hills High School in 1986. She has a B.A. degree in Rhetoric from University of California, Berkeley, and she earned a J.D. degree from Loyola Law School in 1994. She has been a member of the California Bar since December 1994.

Other Resources About Laura Wasser

What Schools Are Affiliated With Laura Wasser?

Laura Wasser is affiliated with the following schools: