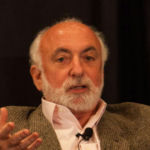 Why Is Laurence Steinberg Influential?

According to Wikipedia, Laurence Steinberg is an American university professor of psychology, specializing in adolescent psychological development. Steinberg is a professor at Temple University in Philadelphia, where he is a Distinguished University Professor and Neuroscience, and where he holds a named position, the "Laura H. Carnell Professor of Psychology and Neuroscience". He is a Fellow of the American Psychological Association, the Association for Psychological Science, and the American Academy of Arts and Sciences, has been a Faculty Scholar of the William T. Grant Foundation, and was Director of the John D. and Catherine T. MacArthur Foundation Research Network on Adolescent Development and Juvenile Justice. Steinberg is a former president of the Division of Developmental Psychology of the American Psychological Association and of the Society for Research on Adolescence. Steinberg’s research has focused on a range of topics in the study of contemporary adolescence, including adolescent brain development, risk-taking and decision-making, parent-adolescent relationships, adolescent employment, high school reform, and juvenile justice. Steinberg proposed the Dual Systems Model of adolescent brain development. He has been a frequent consultant to state and federal agencies and lawmakers on child labor, secondary education, and juvenile justice policy.

Other Resources About Laurence Steinberg

What Schools Are Affiliated With Laurence Steinberg?

Laurence Steinberg is affiliated with the following schools: