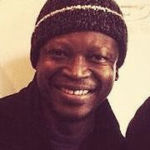 Why Is Lawrence Gilliard Jr. Influential?

According to Wikipedia, Lawrence Gilliard Jr. is an American actor who has appeared in films, television series, and theatre. He portrayed D'Angelo Barksdale on the HBO drama series The Wire, a role which earned him critical acclaim. He is also known for his role as Bob Stookey in the AMC horror drama The Walking Dead. He was in the cast of David Simon's HBO TV series The Deuce, which premiered in September 2017 and concluded in October 2019. Gilliard Jr. has had roles in movies such as Straight Out of Brooklyn , Next Stop Wonderland , and Gangs of New York .

Other Resources About Lawrence Gilliard Jr.

What Schools Are Affiliated With Lawrence Gilliard Jr.?

Lawrence Gilliard Jr. is affiliated with the following schools: