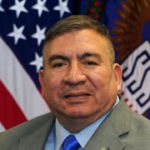 Why Is Lawrence Romo Influential?

According to Wikipedia, Lawrence Guzman Romo is an American civil servant and former United States Air Force officer. He served as director of the Selective Service System in the Obama Administration. He is a former National Commander of the American GI Forum, and will served from August 2018 to August 2021. He is the current American GI Forum National Legislative Director and was appointed by Congressman Adam Smith to serve on the Base Naming Commission until October 2022.

Other Resources About Lawrence Romo

What Schools Are Affiliated With Lawrence Romo?

Lawrence Romo is affiliated with the following schools: