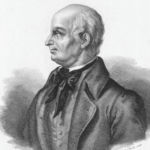 Why Is Lazzaro Spallanzani Influential?

According to Wikipedia, Lazzaro Spallanzani was an Italian Catholic priest , biologist and physiologist who made important contributions to the experimental study of bodily functions, animal reproduction, and animal echolocation. His research on biogenesis paved the way for the downfall of the theory of spontaneous generation, a prevailing idea at the time that organisms develop from inanimate matters, though the final death blow to the idea was dealt by French scientist Louis Pasteur a century later.

Other Resources About Lazzaro Spallanzani

What Schools Are Affiliated With Lazzaro Spallanzani?

Lazzaro Spallanzani is affiliated with the following schools: