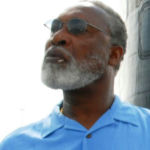 Why Is L. C. Greenwood Influential?

According to Wikipedia, L. C. Henderson Greenwood was an American professional football player who was a defensive end for the Pittsburgh Steelers of the National Football League . College career Born and raised in Canton, Mississippi, Greenwood graduated from Arkansas AM&N , where he became a member of the Beta Theta chapter of Phi Beta Sigma fraternity. He was also named the 1968 Ebony All-American defensive lineman in the Southwestern Athletic Conference .

Other Resources About L. C. Greenwood

What Schools Are Affiliated With L. C. Greenwood?

L. C. Greenwood is affiliated with the following schools: