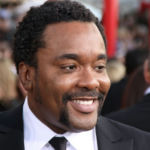 Why Is Lee Daniels Influential?

According to Wikipedia, Lee Daniels is an American film director, producer, and screenwriter. His first producer credit was Monster's Ball , for which Halle Berry won the Academy Award for Best Actress, making Daniels the first African-American film producer to solely produce an Oscar-winning film. He made his directorial debut with Shadowboxer in 2005, and has since then directed the films Precious , The Paperboy , The Butler and The United States vs. Billie Holiday . Of these, Precious was the most critically acclaimed, and was nominated for six Academy Awards, including two nominations for Daniels, for Best Director and Best Picture. Other films he has produced include The Woodsman , Tennessee , Pimp and Concrete Cowboy .

Other Resources About Lee Daniels

What Schools Are Affiliated With Lee Daniels?

Lee Daniels is affiliated with the following schools: